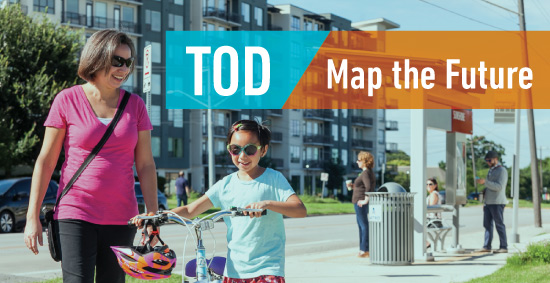 Growth happens. You can’t change that. What we need to do is to manage how Central Texas grows, direct where that growth takes place and ensure that everyone benefits from our growing region.

The city of Austin is attempting to do just that with CodeNext, its rewrite of the city’s development code. It’s a massive undertaking and you’ve probably read much about it since the draft version was released in January and maps were put out last month showing how the proposed code would affect different parts of the city.

What city leaders are trying to do is figure out how Austin will grow. We all know that the people will come regardless; that’s not in doubt. The outstanding questions are: Where are they going to live? How are they going to get around? And how much will it cost all of us to continue to thrive in Austin?

Capital Metro is asking these questions, too. We’re working with regional partners, including the city of Austin, Travis County and CTRMA on Project Connect — a multiyear-long process that will help identify high-capacity transit projects designed to move people into, out of and around Central Austin.

A big part of both efforts will be fostering transit-oriented development (TOD). These are locations designed to encourage the use of — and take advantage of the benefits of  — transit. They tend to be denser developments that are walkable and that feature residential, commercial and retail properties in close proximity.

Cap Metro has devised a new TOD Tool that will enable everyone to explore the region and think in new ways how Central Texas can look. It’s for transit and city planners or real estate developers, sure. But our hope is that all kinds of people will take a look through the tool and see the many possible futures that could be realized.

It’s maybe a bit intimidating at first. The tool, when printed out, is 200 11×17 pages and kind of dense. Luckily for those planners, developers and everyone else, we’ve got it online, too, where you can pick and choose what you want to look at. (You can also get a PDF version of the TOD Tool if you’re so inclined.)

The TOD Tool allows you to dive into any of our 9 MetroRail and dozens of MetroRapid stations and explore their neighborhoods. With the tool, you can look into demographics, topography, population density, access to transit, infrastructure and a whole lot more. It will let you discover more about your neighborhood, compare different parts of the region and think a little bit more about what kinds of development fit best along South Lamar as opposed to Tech Ridge, for instance.

It’s a crazy busy time to live in Austin and the surrounding area. A LOT is going on, and it’s best to be informed and educated about what’s being talked about and what it all means.

Capital Metro is trying to help everyone along in the process.

8 thoughts on “Mapping the Future”